We started the day by traveling north to Evansville, IN, with our brother and sister-in-law to meet  mutual friends, Pam & Russ, for brunch / lunch.  We towed Rocinante with our truck, while Warren & Chelle led the parade in Sebastian (the diesel truck that often tows their 30' travel trailer, Sabrina).  We met exactly as planned and had a lovely time re-connecting and chatting over a nice meal at the Denny's in Evansville. It was a pleasant place to meet & eat, and there was plenty of parking nearby for Rocinante.  The service was really great, and it was perfect spot on a lovely, sunny day.  We don't usually say this about a Denny's, but we'd be happy to eat there again, especially with family and friends.

After a lunch that couldn't be beat, we headed north from Evansville with Rocinante.  Our chosen target was a Core of Engineers (COE) campground at the south end of Carlyle Reservoir, which is the largest one in Illinois.  At the south end of the lake there are several COE campgrounds and a state park, according to the All Stays Camp & RV app.  They are, Dam West, Dam East, McNair, and Eldon Hazlet State Park.  Based on our route, we decided to shoot for Dam East, followed by Dam West and then the state park.

We easily found our way via GPS to an entrance to the COE area, and this is where the fun began.  We followed a typically small road toward what we believed would be Dam East.  However, after going a mile or two that way, it became clear there was no campground to be found.  We did find a turn in the road, and considered going down there, but after Susan reconnoitered a bit, it was clear that was a dead end with no campground.  At this point, we decided to turn around at the turn off.  A simple matter, just turn left, go down a little way, and then back out, putting Rocinante back on the main road, and then drive back out the way we came.

About that time, the previously empty road suddenly had cars coming toward us from all three directions.  Rather than get upset about blocking traffic, we decided it was our role to entertain the village that afternoon.  So, after a few tries, a close call and plenty of advice, (some of it actually helpful) we managed to get Rocinante turned around and backtracked to try again.  We've learned the most important thing about reversing direction via a 3-point turn is to pull forward far enough when we turn down the side road so that when we back out onto the main road again, it's smooth and simple. 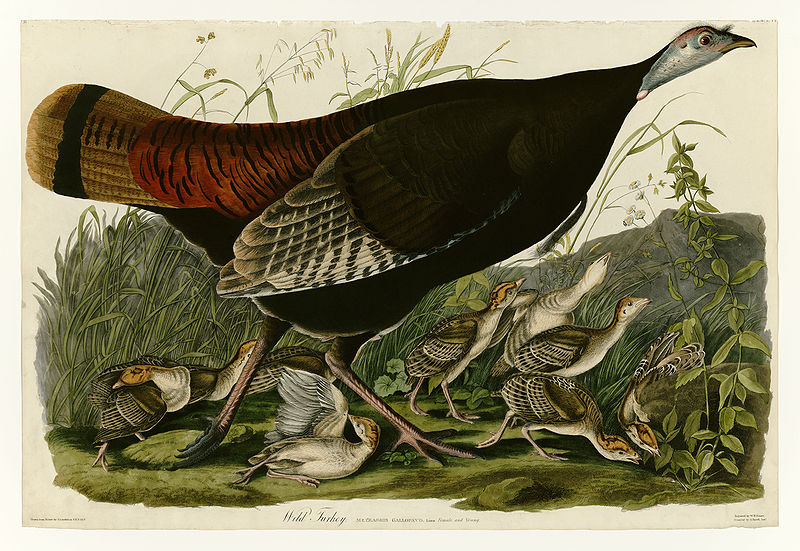 On our way back to the main road, we had the immense pleasure of seeing a small flock of wild turkeys cross the road right in front of us.  We'd never seen actual wild turkeys before, but of course we know what they look like.  After all, Ben Franklin almost got them named the national bird.  Having seen a flock of wild turkeys in person, we agree those beautiful birds would  have been a pretty cool choice. If we hadn't gotten lost we would not have seen the wild turkeys, so at least some things happen for a reason.

After wrapping up our previous misadventure, we quickly and easily found the Dam West campground on the other side of the dam.  It is a truly fine campground, in the COE tradition.  The campsites are large, there are plenty of trees, and the rest rooms / showers are quite nice indeed.  All that and a reasonable overnight camping fee made this an excellent campsite for the evening.

Best of all, due to a last minute cancellation we managed to grab a site with full hook-ups instead of a site with just water and electric.  Not having to wait in line for a dump station in the morning can save quite a bit of time, so it's nice to have all three legs of the stool, so to speak.

In a continuation of the COE tradition, the campground is right on the shores of a reservoir and there is a nice marina next door.  So, we walked all around the campground, oogled the boats in the marina and generally had a lovely evening, wrapping up another perfect day.  The weather was again very cooperative.  Temps were pleasant all day, no rain, and gentle breezes.  Excellent towing / camping weather!

The next morning, instead of making our own breakfast in Rocinante as usual we went to Covered In Chocolate, which Trip Advisor currently rates as the number one restaurant in Carlyle.  With a name like "Covered in Chocolate," it's hard to imagine another restaurant could be better, so we had to give  it a shot.  We learned the restaurant is an evolution of their earlier forays into baking and catering.  We also learned they make a delicious breakfast!  The food and the service were really very good indeed.  We'd definitely recommend a visit to this restaurant if you're in town for breakfast!